History repeats itself: UK meets France in the final again 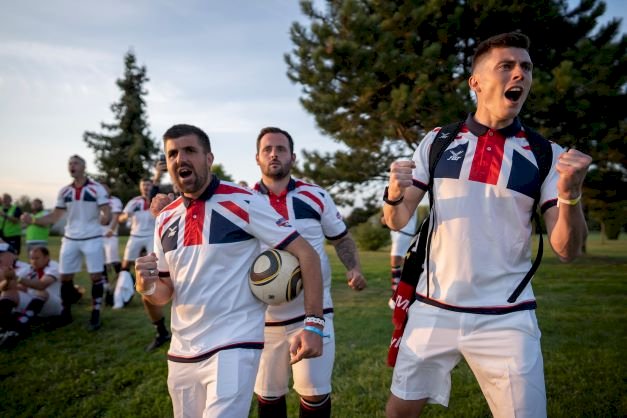 Sunday brings the medal and placement matches to Bük, Hungary where Euro FootGolf 2021 takes place. The two favourite side, UK and France faces each other for the gold, thus the “Les Bleus” has chance to finally take the crown of Europe while the islanders prepares for the three-peat.

There is nothin’ new under the sun: France and team UK plays in the final. The French team has the chance to cast the title-holders off the throne. In the semi-finals, France beat the Netherlands (5:1), while the British squad advanced against Slovakia after a dramatic playoff victory (4:3). The units will start the golden match at 11:38 AM at the blue course.

Slovakia can reach the podium again after 2019, but the Dutch team wants to take the bronze medals to home also.

For the fifth place Hungary finished ahead of Norway (5:1) and will meet Italy after the “Azzurris” left Switzerland standing (4:1). The bout will start at 8:02 AM at theG reen course, while for the seventh position, the Swiss and Norwegian parties struggles with each other.

The ninth spot will be decided between Slovenia and Luxembourg as the Balkans defeated Spain (4:1) and the Benelux country beat Czech Republic (2:1). As a consolation they fight for the 11th place.

Portugal or Belgium can reach the 13th position after the Mediterraneans won against Ireland (4:0) and Belgium triumphed over Sweden (3:2). The two losing sides will play for the 15th place.