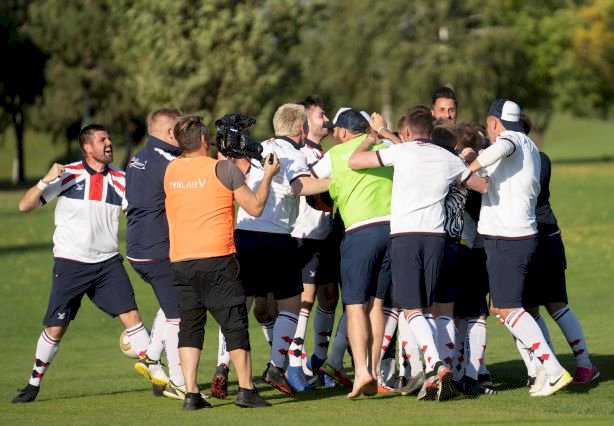 Team of United Kingdom made a three-peat as they triumphed in Bük at the Euro FootGolf 2021 beating France in the final. Bronze medal goes to Slovakia while the hosting country, Hungary finished as fifth.

At the last day of the Euro FootGolf 2021 the squads played for the finals positions. For the 15th place Sweden beat Ireland (5:1), while for the “13th best side title” Portugal blow Belgium (3:2). Spain faced Czech Republic at the 11th place bout and left the course as winners (3:2). Slovenia and Luxembourg fought fiercely and finally the Benelux unit finished as the 9th best (3:4). Switzerland got the 7th place after the victory over Norway (4:2), while for the 5th spot the hosts, Hungary challenged Italy and did it successfully (3:1). At the bronze game, Slovakia geared up after 0-2 against Holland and with great shots, they bring the medal home.

In the final, the two top teams, the back-to-back European champion United Kingdom and the world cup winner French guys. As four games passed, the result was 2:2. After a tie, the last duel decided about the trophy. Ben Clarke contested with Nicolas Pussini and won by 6:3 which meant one extra point for his national team. With this outcome, United Kingdom re-wrote history and gathered their third European champion title.